Decided to make the most of the break in what seemed an endless downpour today and take DDWT Junior to Ynystawe park, much to his delight. The park is very large and has a children’s play area, two football pitches, tennis/basketball courts and lots of grassy areas (which seem ideal for picnics in the summer!). Directions to the park can be found by clicking this link. Here are some of the snaps I took. 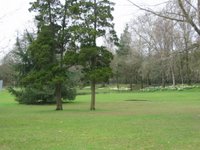 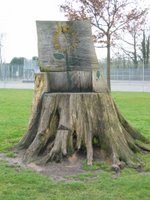 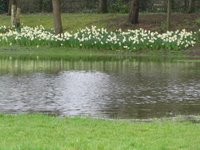 Also in the park is a plaque (shown below) in memory of Hopcyn ap Tomos, who was a supporter of the bardic tradition. It’s believed that in July 1403 he was summoned by Owain Glyndwr to prophesise Owain’s future. 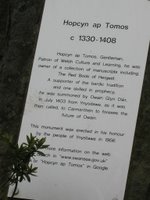 Opted for a different lunchtime run today – so replacing the sandy beach was a muddy canal bank! The canal bank in question was the one running (pardon the pun!) between Trebanos and Clydach. I also decided to increase the intensity of the workout and in doing so reduce the runtime – to 21 minutes in this case. I’m not sure of the distance involved exactly, but a guestimate would be around 2.5 miles. True to form whilst going about my business the heavens opened and I got drenched, but I’m not complaining in the slightest – I simply love running in the rain!

Seeing as I’m in movie mode at the moment, I decided to watch ‘The Recruit‘ tonight with Al Pacino and Colin Farrell being the lead actors. The trailor and synopsis made the film appear to be well worth watching, in reality I’m afraid it wasn’t quite the case. I suppose this in itself ties in nicely with the storyline of the film, i.e. CIA agent trying to find the mole within – thus everything not always being what it appears to be. The pace of the film made me want to press fast-forward all of the time to the inevitable twist at the end – gripping it wasn’t I’m afraid.

2 thoughts on “Swings and roundabouts”