Congratulations to the Shrimpers of Southend who booked their place in the Championship next season after a pulsating and highly entertaining 2 all draw at the Liberty Stadium today. It was a cracking game with the Swans playing better than I’ve seen them do for a while, perhaps the crowd helped as the atmosphere was electric. Unfortunately though, the Swans couldn’t hold on despite taking the lead twice – which now means we must beat the Spirites of Chesterfield next Saturday to guarantee a play-off place. All roads now lead to north Derbyshire!

One other thing worth a mention from today were the two women (I won’t call them ladies) who decided to have a blow-for-blow argument (blood noses to the fore) behind the East Stand during the half time interval, much to the amazement and amusement of hundreds of other people.

We decided to take an evening drive up Mynydd Gellionen, in light of the lovely evening sunset and we weren’t disappointed with the views over the lower Swansea Valley right down to Swansea Bay. DDWT Junior was also immensely impressed with the number (and variety) of ‘moo cows’ as he calls them that were wondering about the mountain road – much to our amusement!

Here are a few snaps of the colourful evening sky which I took at the top of Mynydd Gellionen. 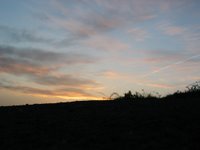 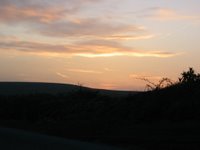 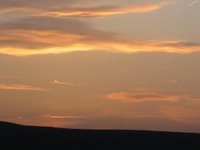 Popped into the local hairdressers this morning a quick ‘short back and sides’ and was amazed that it cost me £7 for the privilege. Now not being a regular, I was just curious if anyone else out there knows if this is the ‘going’ rate? It was a nice haircut though, so I’m not whingeing too much *smile*