Mrs DDWT and I celebrated our sixth wedding anniversary today and celebrated by having a weekend away – with DDWT Junior in tow as well of course.

We visted Longleat Safari Park yesterday and stayed overnight in the Travel Inn Metro at Cribbs Causeway in Bristol before venturing to the mall there today for some retail celebration. But as is the norm when you plan on spending money ‘treating yourself’ at such places, you never actually do – I think we spent more money in Starbucks and Pizza Hunt than anywhere else in fact!

The highlight of the trip was without a doubt our visit to Longleat and I think we were as excited as DDWT Junior was. He was constantly asking where the ‘Ellas’ were – that’s elephants to the rest of us, but unfortunately there aren’t any in Longleat. Here are a few snaps, with some brief comments and I can assure you that none of the animals actually posed for me – even though they look as if they are! 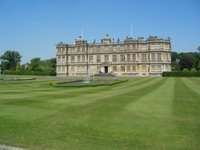 This is longleat house – in case you hadn’t guessed. 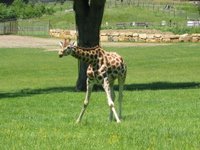 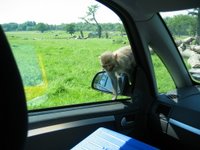 Here is one of the monkeys that decided to hop on our car for a free ride around the monkey compound. It was quite amusing to see so many bits and pieces of other cars scattered around the compound, that had been ripped off by the monkeys (i.e. windscreen wipers, tow bar cap, aerial). Thankfully our car escaped unscathed! 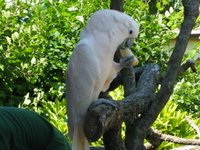 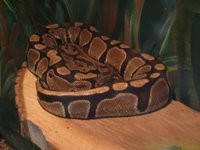 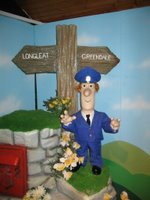 There is a mock Postman Pat village at Longleat as well – so fans of childrens TV’s most famous postman will be happy. 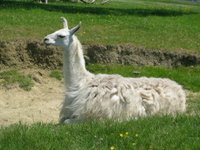 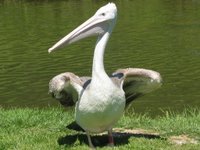 The picture above is of a ‘delican’ in DDWT Junior’s words – to us of course it’s a pelican. Other classic quotes during the day were ‘ebopotamy’ (meaning hippotamus) for lions (don’t ask we didn’t get the connection either), ‘Eels’ meaning seals, ‘Inos’ for rhinos, ‘dudi’ for deers (as in rudolph!), ‘nakey’ for snakes and iguana is known as a ‘dinowar’.

The pics don’t really do justice to the day and most of the better footage is on our camcorder. There are lots of other things to do at longleat such as an adventure castle, boat ride, train ride, performing parrot show, garden maze and lots of other bits to keep the kids (old and young alike) happy for the day. You can even visit longleat house if that’s your type of thing (which it isn’t for us).

I suppose I should also mention me getting told off three times for either opening the window or getting out of the car – basically because I was being overly keen to take snaps not because I’d had enough of life!

One other thing which I forgot to blog about on Thursday this week was that I drew Argentina out of the hat in our office World Cup sweepstake. The winner will get £32, so not a bad team to draw out considering entry was only a £1.