You are here: Home / Uncategorized / Flying the flag

Whilst stuck in traffic on the way to work this morning, I noticed yet another tourist (or person of English descent) with his England car flags fluttering in the wind – as shown below – which gave me an idea for making a few extra bob. 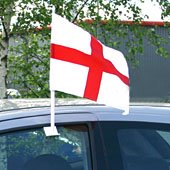 Now I don’t think for one minute it’s an original idea, but I thought I’d share it with you anyway. Being the patriotic bunch that we are in Wales, I thought about launching a campaign prior to next season’s six nations rugby tournament – to encourage all Welsh rugby fans/people to put Welsh flags on their cars – just as the English football fans have for the world cup – to show their support for Wales in the six nations competition. Good idea so far yes? 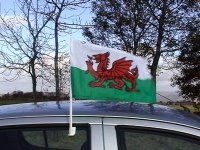 Anyway, the next bit involves me either (a) having a large stock of Welsh car flags myself for selling on or (b) getting a flag maker on board and become a reseller for them – either way it appears to be an opportunity to make a few quid.