Having just gone for a Forest Gump‘ish run along the Swansea Bay beach I’m feeling quite invigorated, which given how I have been feeling this week is a refreshing change. The 24 minutes seemed to fly by and I’m already looking forward to tomorrow’s lunchtime outing – be it on the bike or foot.

Not wanting to gloat too much – as how many people can say they work in an office which is literally a stone throw from the beach – I’ll dig out some pics of the aforementioned beach and add them to da blog later (now added – Ed). See them and weep y’all. 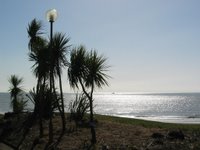 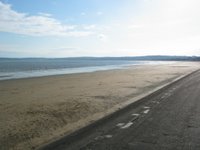 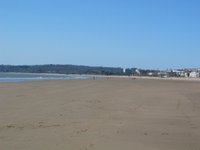 Right it’s time to dash now as I’ve got to devour my spinach and ham sarnies before my stomach rumbles on anymore (and at the risk of distracting others!). Lashings of dried apricots and raisans to follow – yummy yummy.

Another major milestone today is that DDWT Junior has reached the ripe old age of 2 and a half or 30 months as the medical professionals like to call it! I can’t believe how quickly the time has gone by – which is quite sad really as it makes you realise how precious time is with the nipper, especially when they are this small.

I’d also like to say thanks to Surreal Piglet for his definition of ‘Ciderspace‘ which he sent me…..

“a core state of mind. What is left in an empty strongbow bottle”