Yippee, I’ve finally managed to rid my home pc of the undesirable residents that came to visit operating system land during the early stages of the week, so I can now concentrate on sharing my Center Parc piccies with you all.

Before I do that however, I just want to give a quick mention to a tidy peice of software which helped me track down the malware that infected my PC – the software is called ‘anti-spyware’ and it’s from a company called ‘Ewido’. It isn’t free but does give a 30 day trial so it’s worth a peek if you’re having a few problems or are suspicious of something on your PC.

Ok, onto Center Parcs Longleat and a few snaps (literally) taken whilst we were out and about there last weekend – dodging the heavy rain showers I hasten to add. 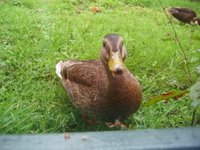 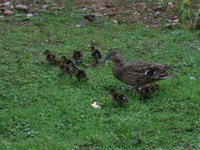 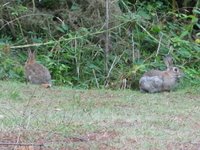 We spent so much time in the pool area that we were hardly outside – hence the lack of nature snaps. It was great to see DDWT Junior enjoy himself so much on the various water slides and kiddies pools though and perhaps best of all were his attempts to “swim”. We also dabbled about on some bikes for a bike and walked loads to and from the pool to chalet.

Mrs. DDWT took the following snaps on our journey home on Monday evening – one whilst crossing the newer Severn Bridge and the latter whilst on stop at the bridge toll gate. I’m sure you’ll agree it’s a cracking sunset (she prompted me to say that!). 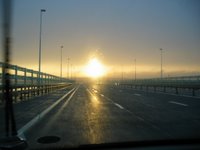 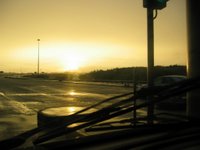 I’m off to see the National Eisteddfod of Wales site in Felindre near Swansea tomorrow, so I’ll try and take some snaps and post them up sometime later tomorrow evening.