The DDWT family headed off to the Eisteddfod today for a proper look around the maes. I’ll provide a full report later as I’m rushing now to get back to the maes for a reception. In the meantime, here are a few snaps we took whilst out and about. 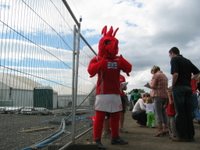 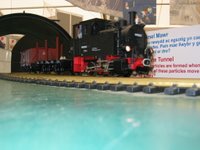 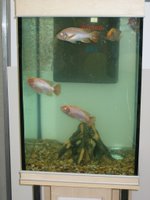 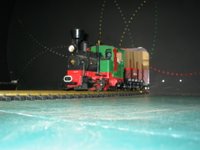 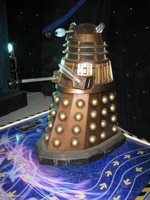 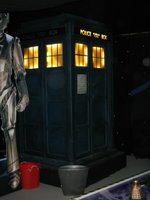 Well I went to the reception for what it was worth (i.e. a couple of glasses of red wine and some volavaunts). That’s about as much as is worth mentioning about it to be honest!

Our family day at the Maes (our first EVER visit) was great and we spent the best part of 5 hours wandering around sampling pretty much everything that was on offer. The Welsh speaking dalek is worth a particular mention as is the Science and Technology area – both of which we spent considerable time at playing with the various gadgets on offer. DDWT Junior even fancied having a go on the surf simulator in the Council tent but obviously he was too small, so he made do with a giant jigsaw of three cliffs bay instead.

We used the park and ride to get to the Eisteddfod, which meant that DDWT Junior had his very first ever ride on a bus and he absolutely loved it! I think we’ll be seeing a lot more of the bus in years to come. Mind you I think it helped a wee bit that we told him it was ‘Bertie’ the bus from Thomas the Tank Engine (albeit a different colour and shape).

As for the Swans well they lost 1 nil against the Latics of Oldham and this season I’m afraid looks like being a struggle after the highlights of the last campaign. It’s not been a good week on the whol really what with captain Gary Monk being ruled out for the season with cruciate ligament damage.