No not the bloody fireworks, me now I’ve reached 16st 7lbs! At last, I’ve finally reached my target weight which I set way back on January 1st. So let this be an inspiration to anyone out there who wants to lose weight – I’ve lost two and a half stone, purely by watching what I eat more carefully and doing exercise.

After the jubilation of my weighing scale performance, I spent the rest of the morning/afternoon doing DIY stuff about the house and generally catching up with our ‘to do’ list – which never seems to shorten unfortunately.

The house of DDWT then headed off to St. Helen’s in Swansea this evening for the City and County of Swansea’s fireworks show – which in all fairness was a spectacular sight as well, and watched by far more people than my weigh-in this morning!!

Here are a few snaps I took with the picture ‘blur’ turned on for added effect. 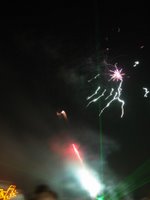 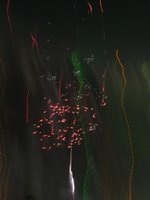 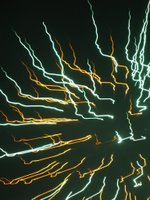 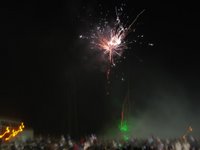 I’ve also uploaded a couple of videos to YouTube if you fancy seeing some live action from the fireworks display tonight.